I'm a recent grad of the University of Michigan with a BSE in Computer Science. A few of my favorite things are concrete, isopods, and parkour.
More

A 2-on-2 action game, each team consisting of a ghost and an explorer, competing to gather gems
Unity

The basic premise of the game is that a team of explorers find an ancient temple, hoping to get their wish granted by a resident spirit. However, a rival team has also found the temple, hoping to get their wish granted instead. After a collapse, both teams have a member die and become a ghost. Now the teams have to compete to get their dead member resurrected. Gameplay consists of searching the labrythine temple for the gem, which is hidden in one of many chests. After finding the gem, they must offer it up on the team's altar, while preventing the other team from stealing it. The teams must leverage the unique abilities of each member to successfully collect the most gems and get their wish granted. This was a team project done for the Video Game Design course at U of M, created in Unity. This was a huge learning experience for me, in video game design, implementation, Unity itself, as well as user experience design.

This was a team project done for the Software Engineering course at U of M, created in Unity. Using the Microsoft HoloLens, we were able to use its mixed reality features to create a voice and gesture controlled program for doctors to capture their view, annotate it, then share it to our web service, allowing remote specialists to be invited to view and comment on the image, offering specialized knowledge to the relevant case. In creating this program, we had to think about the unique interaction options the HoloLens afforded, while keeping the program easy to use for medical professionals. 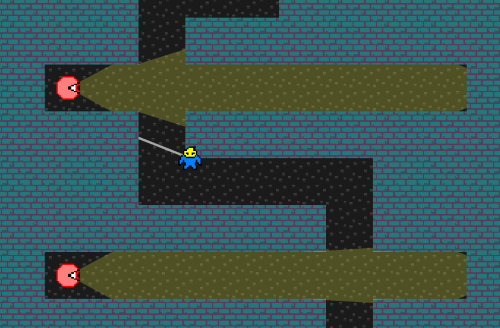 This game was created as an exercise in rapid prototyping. I had to generate a concept and create a proof of concept under a tight time constraint. My goals for the game was to create a simple game where memorization, prediction, and strategy are the keys to success.

A turn based roguelike about shooting zombies
Processing 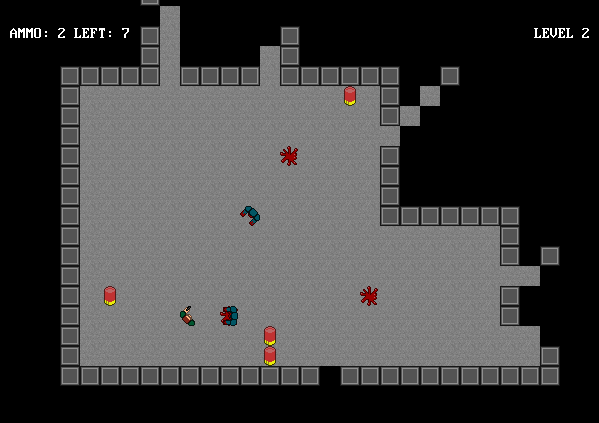